Mandela's Other Children: The Diary of an African Journalist 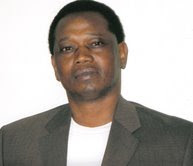 In Mandela's Other Children, Baba Galleh Jallow invokes the intriguing concept of a Pan-African struggle against oppression. As he narrates his personal ordeals as a journalist working in an oppressive "shadow state" since 1994, Baba skillfully comments on some complex issues related to the African condition that are not readily obvious to the non-African observer. The pages of this book are littered with chilling accounts of how "orders from above" lead to arbitrary arrests and detentions, nocturnal arson attacks on media houses, the promulgation of unjust laws, the murder of prominent citizens, the Soweto-like massacre of school children holding a peaceful demonstration, and the forcible closure of radio stations and newspapers critical of the government. But Mandela's Other Children is also a story of heroic resistance, stubborn defiance, and a steely determination to assert and preserve endangered sovereignties by threatened social entities. This is a truly worthy addition to the growing corpus of works on the postcolony. Students of comparative journalism will also find much that is useful in these charged pages.

MANDELA’S OTHER CHILDREN: THE DIARY OF AN AFRICAN JOURANLIST by Baba Galleh Jallow is a must read for all Gambians, regardless of political affiliation. Everyone should endeavor to get hold of a copy. The book gives a clear picture of Jammeh’s tyranny and serves as a clear testimony to Jammeh’s paranoia and arrogance. It documents not only Baba’s experiences, but also such events as the murder of Ousman Koro Ceesay, the massacre of school children on April 10/11 2000, the closure of Citizen FM radio, the attempted burning of Radio 1 FM and the murder of Deyda Hydara on December 16, 2004, among other things.

As I read the book, I did not know whether to cry for my dear country or to laugh at the absurdity of the so -called security officers and their “we are just following orders from above” nonsense. What I however, got from it is Baba’s courage and determination not to be cowered and bought by Jammeh and his clique. This book will go down as the most vivid documentation of Jammeh’s brutality against the press in particular and The Gambia in general. It is all very revealing of the workings of the NIA because it is told by someone who has spent many days and nights detained behind the walls of their “Dracula castle”

If you are a Jammeh supporter, reading this book might help open your eyes to the true colors of the APRC/AFPRC regimes. If you are a Jammeh critic, this book will help you understand the dictatorial resolve of Jammeh and his henchmen to stifle dissenting views and to stay in power by any means necessary.

To the journalists, there is no better narration of their plight. The book’s publication could not have come at a better time when our colleagues Fatou Jaw Manneh, Lamin Fatty etc are being paraded through the kangaroo courts on trumped up charges, and the disappearances of Chief Manneh and others.

As is cogently put in the book’s back page description, Mandela’s Other Children “is a story of heroic resistance, stubborn defiance, and a steely determination to assert and preserve endangered sovereignties by threatened social entities.” This book will provide you with incontrovertible facts about Jammeh’s tyranny.

Baba Galleh Jallow is former editor-in-chief of the Daily Observer and Founder Editor and CEO of The Independent newspaper, which was forcibly shut down by the Gambian authorities in March 2006. With a BA in Political Science from Fourah Bay College and a Masters in Liberal Studies from Rutgers University, Baba is currently a PhD student in African History at the University of California, Davis. His other books, also published by Wasteland Press, are Dying for My Daughter (2004), Angry Laughter (2004), and The Anatomy of Powercracy and Other Essays (2006).
at May 11, 2007

I am very happy to read about Baba G.Jallows book.I will get it and read it.I am an european,but lived four years in Kembujeh Village,and really saw the ordeal that the people suffered from this so called president.Hope critics will bring Jammeh,down.
Peace to every gambian.
From Marleya