A NEW LEASE OF LIFE 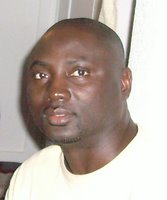 Developments over the last few months show that The Gambia is set to reclaim its rightful place on the West African music scene. Thanks to Youssou N’Dour, the style of music known as Mbalax has gained recognition in musical circles worldwide. However, very few people realise that this style first came to life in The Gambia…

Senegambian music prior to 1971 shows a very definite Salsa influence. One of the most noteworthy artists of that time was Gambian-born musician Laba Sosseh, whose hit single Seyni earned him a gold disc, the first to come out of Senegambia. He played with a number of big names in Salsa, including Monguito and the Cuban group Aragon.
His hit single was later covered by Zairean artist Seigneur Tabouley and the Guinean group Bembeya Jazz National. In 1971 the group Ifang Bondi (formerly the Super Eagles) broke new ground with their creation of the Afro-Manding sound. They introduced the tom-tom to modern
music and recaptured the sound of the Salah Yadi Mbam, the song of humble workers who used song as a means to lighten their heavy loads.

Gambian musicians continued to innovate. They broke all taboos by introducing into their music ideas previously reserved for the initiated. The sacred nature of Gambian music was put to another use when for the first time the group Guélewar sang of circumcision to their female audiences and Ifang Bondi enlightened male audiences as to the secrets of excision. The Ndaga style was born and found its way to Senegal, where it became known as Mbalax. This kind of music has the tom-tom playing ‘second fiddle’ to the Tama, a small tomtom-style drum played under the armpit.

Today, Mbalax is being promoted the world over in the capable hands of Youssou N’Dour. The last few years have seen Salsa stage a dramatic comeback on the Gambian music scene in the form of Oussou Nije Señor. After more than 20 years off the scene, El Señor returned with the album Faataleku (memories), a compilation of snippets from the 1960s and 1970s in pure Salsa
tradition, embellished with African sounds. The result is sweet, lively melodies. El Señor recently signed up with a big American record company, Anonymous Record. Despite a certain nostalgic, El Señor does not confine himself to Salsa. His main concern is to see Gambian music regain its rightful place on the West African and world music scenes. He is adamant that, given a little help in promoting their culture, Gambian musicians can relive their former glory. According to El Señor, “there is no lack of talent. You’ve got Jaliba Kuyateh, the kora virtuoso, and Pencha B. Crew to name but two! And let’s not forget, these are worldclass musicians.”

Pencha B is a group of rap artists who set to music everyday Gambian and African events. They fuse African and western sounds and rhythms to give a clever mix of contemporary relevance and timeless tradition. Jaliba Kuyateh originally opted for a career in teaching in the state education system. A griot by birth, the call of tradition proved too powerful for him and Jaliba left the teaching profession to give himself body and soul to music. He brings together the musical instruments used by the various ethnic groups within Gambia. Conscious of the role played by culture in the developmental process, Jaliba’s aim is to use music to show that, beyond any outward differences, it is possible for cultures to work together to create one large, single and harmonious society.

With his latest album, co-produced with Oko Drammeh of Soto Koto fame, Jaliba has established his reputation as a talented musician. He is accompanied by some of the biggest names in the music world, not least the percussionist Bill Summer, who has shared a stage with Michael Jackson, Quincy Jones and Herbie Hancock. The album reflects the universal nature of
his music, bringing us the hypnotic sound of the kora, interspersed with that of the balafong, the Djembe drum rhythm and the xylophone, all of which are accompanied by the golden voice of the griot, or Kumareh (golden bird): Jaliba’s orchestra was formerly known as the Kumareh Band.

Jaliba, Oussou Njie Señor and Pencha B have pledged to do their utmost to act as Gambian music. To help them in this noble task the artists have launched an appeal for financial backers. They are aware of the difficult task ahead, given the nature of the environment in which the musicians work. They appreciate only too well that, for one, “there are no laws to godfathers to protect the artist from piracy, and the radio and television stations play our tapes and show video clips of us without paying us a single penny.” Their driving force is their love of art. Oussou Njie Señor also feels that the authorities could play a part, seeing to it that The Gambia benefits from the Cotonou Agreement’s section on culture by helping to set up an institute of music. Such measures and noble intentions will secure Gambian music its much-needed second wind.